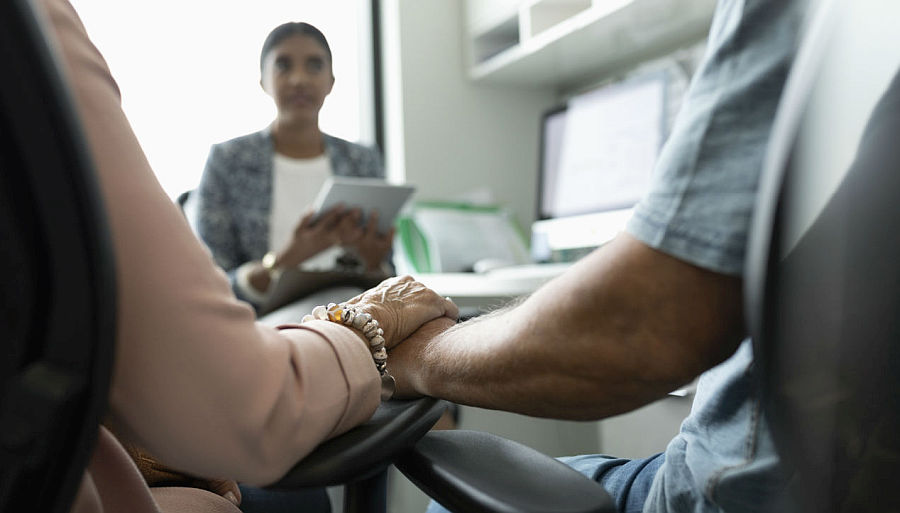 Christians who support assisted dying laws are urging Tasmanian MPs to be wary of the motives of anti-euthanasia groups campaigning to discredit Mike Gaffney’s End of Life Choice (VAD) Bill.

Christians Supporting Choice for Voluntary Assisted Dying has written an open letter (see below) to MPs urging them not to be swayed by the groups, which do not represent the views of the majority of Tasmanians.

“Almost without exception these groups have links to conservative Christian organisations and are not being upfront about their religious motives for opposing assisted dying,” said Christians Supporting Choice spokesperson and co-founder, Ian Wood.

“A key figure within anti-euthanasia group Live and Die Well is Mr Ben Smith, Director of Life, Marriage and Family Office of the Catholic Archdiocese of Hobart. Others in the Live and Die Well team are also prominent Catholics,” Wood said.

“Check out Health Professionals Say No, and we find this is a group of Christian medical professionals with the purpose of denying VAD choice to all Australians.”

Wood said religious people have every right to publicly oppose VAD as an end-of-life choice. But he believes that in doing so they should clearly state that their opposition is based on their conservative faith. “They should also present facts – not the hypothetical fear, anxiety and doubt so often used,” he argued.

A leaflet produced by Live and Die Well exhorts Catholic parishioners not to use religious argument when writing to MPs to oppose VAD.

“This is the ultimate hypocrisy,” Wood said.

“The End of Life Choice Bill is well drafted and safe. We call on those opposing VAD choice to be open and honest about their religious affiliations and to stop spreading misinformation,” Wood said.

OPEN LETTER to all Tasmanian MPs, in both the Legislative Council and House of Assembly

A very sincere thank you to those MLCs who spoke in support of Mike Gaffney’s End of Life Choices (VAD) Bill 2020, Second Reading, and for voting it through to the Committee stage.

However, we were concerned to see during the debate that misinformation is still being spread about VAD by opposition groups who are not being upfront about their motives. The following information might help clarify the way many of those who oppose VAD are operating to deny this choice to others.

Recently a ‘popup’ group Live and Die Well emerged with the sole aim of defeating the Mike Gaffney Bill now being debated in the Tasmanian Legislative Council.

Who is behind this group? Researcher Neil Francis, of Dying for Choice, has done some digging and we urge you to read his blog https://www.dyingforchoice.com/blogs/hiding-their-religious-petticoats

To summarise Neil’s findings, a key figure with Live and Die Well is Mr Ben Smith, Director of Life, Marriage and Family Office of the Catholic Archdiocese of Hobart. Others in the Live and Die Well team are also prominent Catholics.

Health Professionals Say No is another opposition group. A closer look reveals this group consists largely of Christian medical professionals with the purpose of denying VAD choice to all Australians. We find the same Mr Ben Smith, who signed a recent major advert in Tasmanian media against VAD by this group, had the address as 35 Tower Road New Town Tas 7008 – yes, that of the Catholic Archdiocese Office!

Of course, religious people have a right to publicly oppose VAD as an end of life choice. But two factors should be critical. 1) They must clearly state their opposition is based on their faith and 2) they must present facts – not the hypothetical fear, anxiety and doubt so often used.

Instead, a leaflet put out by Live and Die Well for distribution in a Catholic Parish exhorts parishioners NOT to use religious argument when writing to MPs to oppose VAD. The ultimate in hypocrisy.

Typical of the misleading and unsupported arguments used by these groups against VAD include:

– Using emotive words such as suicide, killing, even murder, when providing a choice in the manner of their death to a person who is already dying is none of these things but a humane and compassionate option.

– using the ‘slippery slope’ argument, which is consistently disproved by experience in Oregon and other jurisdictions, and misrepresenting data from Belgium and the Netherlands.

You might ask why does the Catholic identity of these groups matter? The answer is because the Catholic belief about death and dying is not just a ‘view’, it informs everything they practise in end-of-life care. The Catholic Church believes suffering has intrinsic value because it brings the person closer to the suffering of Jesus Christ on the cross. A person’s suffering provides a valuable opportunity for Catholic health care workers to evangelise the Gospels to the dying person.

You may be aware that the Vatican recently reissued its encyclical, ‘Samaritanus bonus’, on euthanasia and assisted dying, which it calls “intrinsically evil” acts “in every situation or circumstance”. It goes on to describe assisted dying as “a crime”, accusing anyone who even lobbies for such laws as being “accomplices of a grave sin that others will execute”.

Perhaps most cruelly, it attempts to terrorise the terminally ill by threatening to withhold the sacraments and absolution from anyone who even contemplates pursuing an assisted death. Some would describe such threats as blackmail.

Recent evidence given by countless innocent victims of Catholic paedophile priests reinforces the abyss and total lack of understanding by the Catholic Church for the suffering of others. Many of these victims went on to take their own lives in dreadful circumstances in a cruel irony compared with the Church position on voluntary assisted dying.

The Church has lost any moral authority it may have once possessed. The continued opposition by the hierarchy and religious others to the choice of voluntary assisted dying for a person terminally or incurably ill with unbearable suffering, particularly for a person who is not of the Catholic faith, is a classic example of obstructionism and lack of empathy.

Not all Catholics subscribe to the Vatican’s views. Our group, in its small way, represents the 75% of Christians in Australia, including 3 out of 4 Catholics, who, according to Vote Compass 2019, support Voluntary Assisted Dying as an end of life choice, showing true empathy, love and compassion for a dying person who is suffering needlessly.

We call on those opposing VAD choice to be open and transparent about their religious affiliations and to stop spreading misinformation. And we urge you, the MPs of Tasmania, to assess the information offered about VAD and its impacts with a critical eye.