Forget a message in a bottle – an entire shipping container just washed up on Moreton Island!

A shipping container spotted bobbing up and down in waters off the Queensland coast has finally washed ashore.

With paint peeling and barnacles crusted on, the Maersk container washed ashore on Moreton Island early on Tuesday.
There’s red and white tape across the door, with the words “keep out” spray-painted on it.

Australian Maritime Safety Authority spokesman Dan Glover said the container was spotted on Tuesday on the island’s eastern beach at the southern end.
“It is pretty rare for containers to wash up,” he said.

Mr Glover said AMSA had received a report a container with similar markings was adrift about 650 kilometres off the Queensland coast in January this year, but could not confirm whether it was the same container.

A spokeswoman from Maersk said they move 17 million containers around the world and lose very few of them annually.

“In 2016 we lost five containers overboard,” she said. 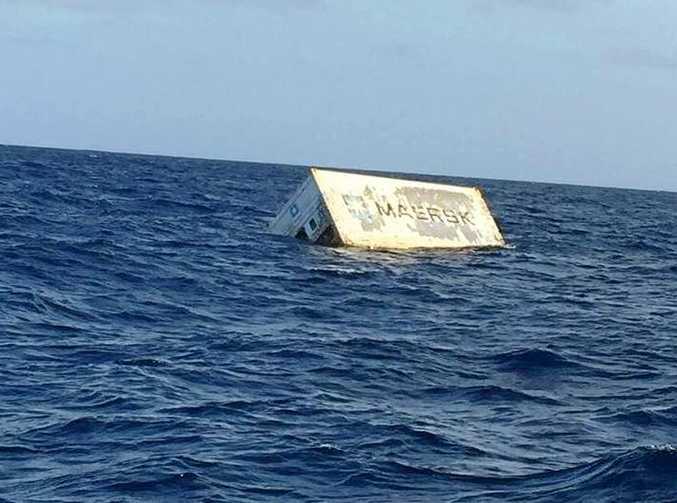 AMSA alerted ships off the Sunshine Coast to a navigation hazard after the shipping container was initially spotted about 30 nautical miles offshore near Mooloolaba last Saturday.

AMSA received three reports of lost shipping containers in 2017 and on each occasion, rather than remove the hazard it followed a process of notification.

A spokesperson for the Authority said shipping operators were responsible for the salvage of lost cargo.